Suzuki Method is for everyone, but what about the instruments?

Most people are familiar with Suzuki Method when it comes to violin, so it can come as a surprise to hear that the Japanese mother tongue approach is available for a cross section of instruments; from piano, flute, recorder, harp, voice, organ, mandolin and  trumpet.

The 'Talent Education' method was created by Dr Shinichi Suzuki in the mid 20th century. The process aims to create an environment for learning music which parallels the linguistic environment of acquiring a native language. Suzuki believed that this environment would also help to foster good moral character; children would learn positive life skills from  learning music that they would take into their adult life.

"I want to make good citizens. If a child hears fine music from the day of his birth and learns to play it himself, he develops sensitivity, discipline and endurance. He gets a beautiful heart."
Shinichi Suzuki, Nurtured By Love

It's important to understand the back story to Suzuki. Living through the backlash of the Second World War, with a German wife -Dr Suzuki's life was not without conflict, not to mention ill health. It came to him, trying to learn German in his adult life, how difficult it was to master a new language, when children by the age of five are already very capable of speaking in their mother tongue. Dr Suzuki mused on this and how the immersion of the child with their mother-tongue, and the loving relationship with their care-giver (then most commonly the mother), helps to educate them in their language, and their character. Dr Suzuki then translated this into music education. He held that every child that was given the right environment could thrive and the world would be better for it.  For the children growing up in Japan the musical opportunity was enlightening and gave new hope. While the method is a way of learning an instrument it also encompasses a philosophy on how to live.

The method demonstrates how Children can learn music at a much younger age thought possible; from as young as three years old.

John Packer has always strived to make music inclusive; to provide affordable instruments that would be considered the minority (French horns, bassoons, oboes etc.), and also provide instruments that are good quality and accessible to young beginners.

The John Packer  range currently features a kinder flute. The JP010CH Flute has a curved head, and also keywork brought closer together for much smaller hands. 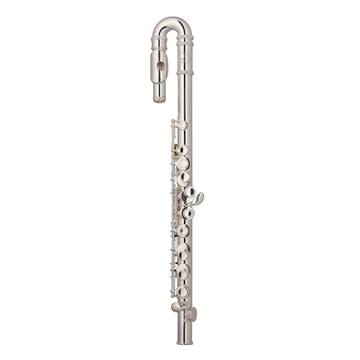 Our JP159 Pocket Trumpet is very child friendly. It is available in a wide array of colours and is much easier to hold than the traditional trumpet, with a tighter wrap. 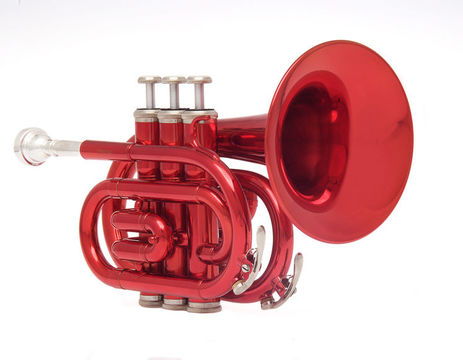 While Suzuki Clarinet is at an embryonic stage, we do have a clarinet perfectly suited for younger beginners. The JP123 Eb clarinet is the smallest clarinet and has simplified keywork. The main body is also in one piece making it much simpler to put together. By missing off some of the alternative keys it removes the complexity from learning whilst maintaining the note range. The ebonite body produces a warm tone.

TheJP125 C Clarinet is slightly bigger than the Eb, but has the same simplified keywork so that the the player can focus on producing a good tone - a key component of the Suzuki Method. The mouthpiece is the same as the Bb clarinet, making it easy to transition to a full size clarinet when appropriate.

While Suzuki Recorder has been around for a while, there currently isn't Suzuki for oboe or bassson. Often recorder players venture into double reeds becuase of their similarity and at that point John Packer has a simplified oboe - the JP081 which is available with both thumbplate (English system), and conservatoire (US and continental Europe) - and a shortreach bassoon JP191